About a month ago, I received a new project at my internship for the Shedd Aquarium: Brainstorm for a media event/campaign to announce the gender of a recently hatched penguin chick and create awareness about penguin breeding season. I was beyond excited – who doesn’t love penguin chicks? Also, this was a chance for me to get great public relations experience and learn more while making this campaign. So right away, I started drafting up some ideas.

To give you a little background, Shedd’s adorable rockhopper penguin chick, pictured below, hatched in June 2013. Genders in rockhopper penguins are typically not easily distinguishable compared to us humans. It takes genetic testing to determine the gender of a penguin chick. After a recent check-up, Shedd vets were able to determine the gender of the chick. 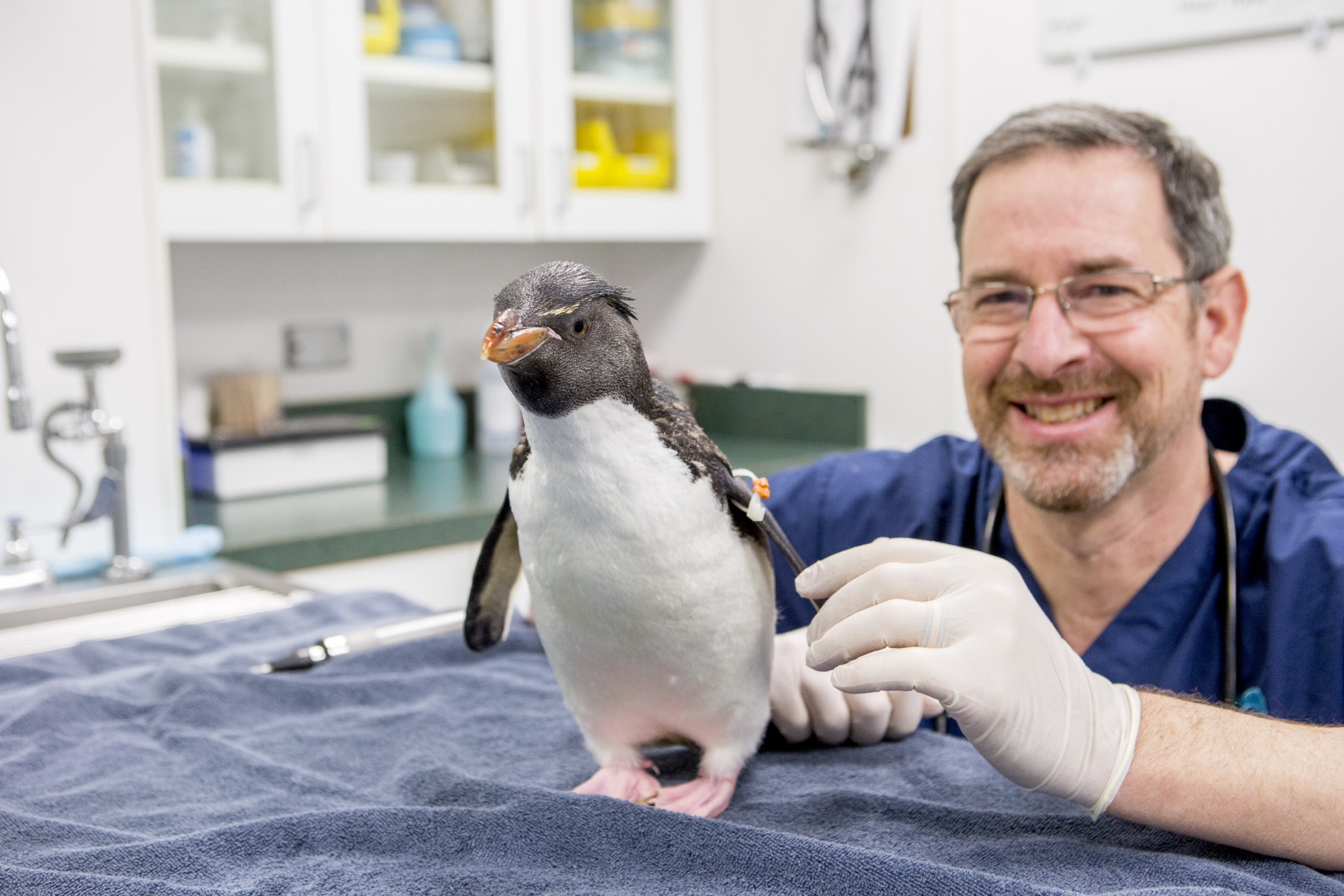 After doing some research, I presented my idea to Shedd’s public relations team and the agency it works with: Have Shedd host a gender reveal party-esque media event in which we have a grand reveal for the chick’s gender. I was able to work with the PR team to assist in planning all activities for this project. In addition to drafting media advisory’s and assuring that our penguin experts were available to help with this event, the team worked with More Cupcakes to make a special penguin cupcake that would be given to local media in support of the event.

This project really allowed me to put my UIC communication and management courses and previous internship skills to the test. I assisted the PR team with drafting a media advisory and a pitch targeted towards radio stations, using my writing skills I learn from my communication classes. I helped draft a project timeline, using my management skills from my business courses. I also was able to contact my former internship place, Clear Channel Media + Entertainment, to coordinate a cupcake drop-off for the morning show hosts. I have been truly grateful for the communication classes and previous internships I have had that helped me understand the public relations and media world better. It made this project much easier to draft considering the knowledge I have gained.

For a good month, the rest of Shedd’s public relations team and I continued to implement the project plans we drafted and assured that we had a really nice, entertaining, and news-worthy event. After much work, we certainly got it!

The morning of the event, Shedd’s public relation’s team dropped off our delicious penguin More Cupcakes to local news outlets. Also, I dropped them off at Clear Channel Media + Entertainment for the radio hosts to enjoy. Things were coming together!

On Monday, March 24 we held our #WaddleItBe gender reveal party media event in front of Shedd’s penguin habitat. NBC, Fox News, the Chicago Sun-Times, and the RedEye all came out to cover the event. We had our penguin caretakers talk about the current penguin breeding season, how to determine a gender in penguin chicks, and finally, reveal the gender of the chick. After cutting into a More Cupcakes penguin-decorated cake, the pink inner-filling revealed that the penguin chick is a girl! It was really nice to see all the media and Shedd guest onlookers get excited to hear the reveal and enjoy their penguin cupcakes. It was really the cherry on top of a great project to see that firsthand 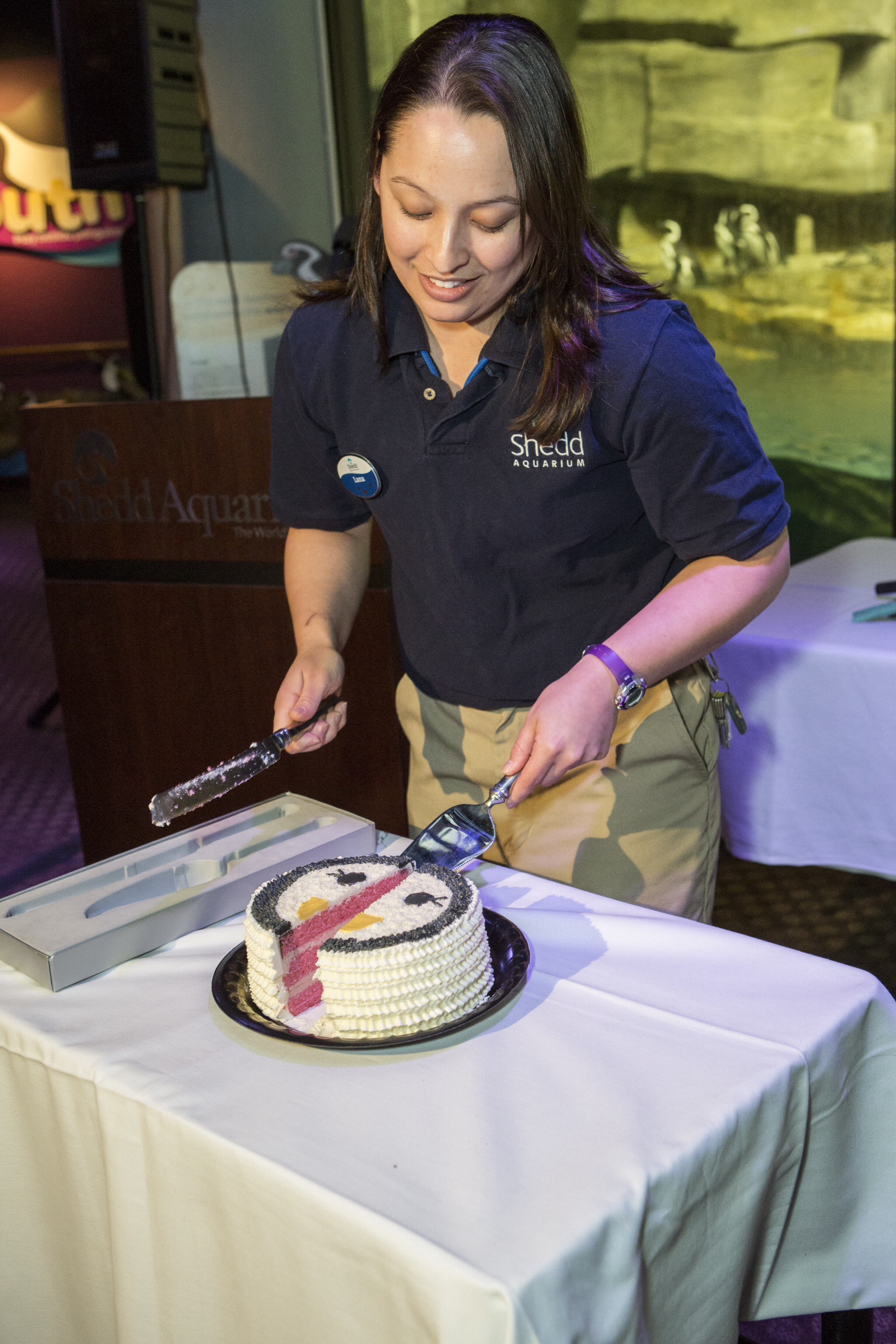 To make this whole project even better, we have seen even more national and local media pick-up of the gender reveal party. It’s pretty crazy to think that something that started off as a small idea became so huge in the end. It has truly been an amazing experience to be part of my first big Shedd project and to see the team be so successful with our end results. This project not only made me feel successful and grateful for the knowledge and experiences I have had that led me to this, but also grateful for the current internship I have at Shedd Aquarium. I know that because of this experience I will be even better equipped for my current post-graduate job search. 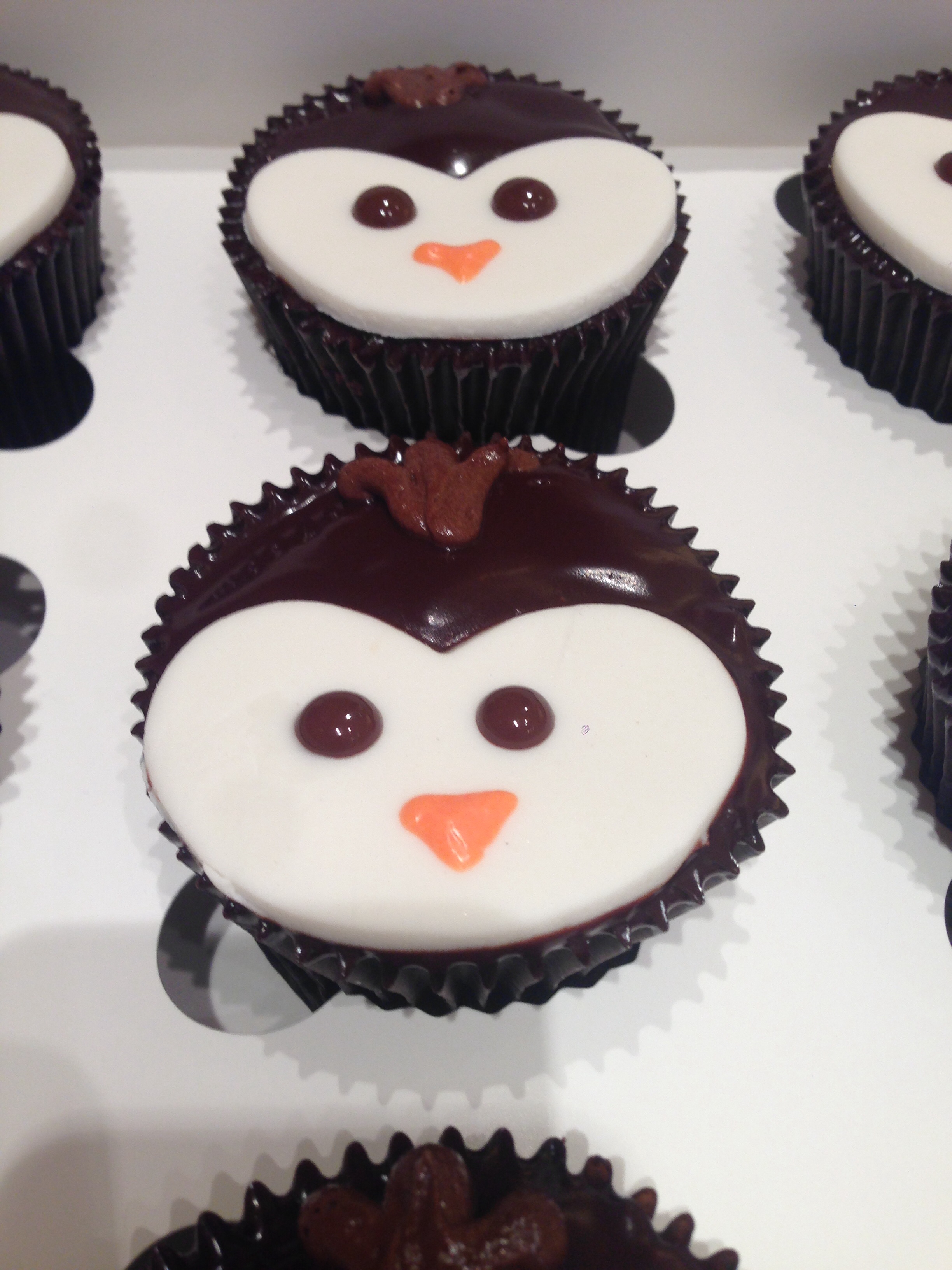