Last Friday, I went to eat Chilean food with my good friends (Carlos and Mauricio). This has now been our sixth restaurant together in search of good Latin American home cooking.  The other restaurant countries of origin were, Panama, Guatemala, Colombia, Mexico, and  Ecuador. Some might think that because most Latin Americans share the same language, the food might be the same; this couldn’t be further from the truth. All Countries have their own traditional dishes, spices and customary ways to cook food.  The Chilean restaurant, Rapa Nui, was definitely one of the surprising ones.

We started off with chips and aji (hot sauce). The hot sauce was not as spicy as imagined but pretty tasty. 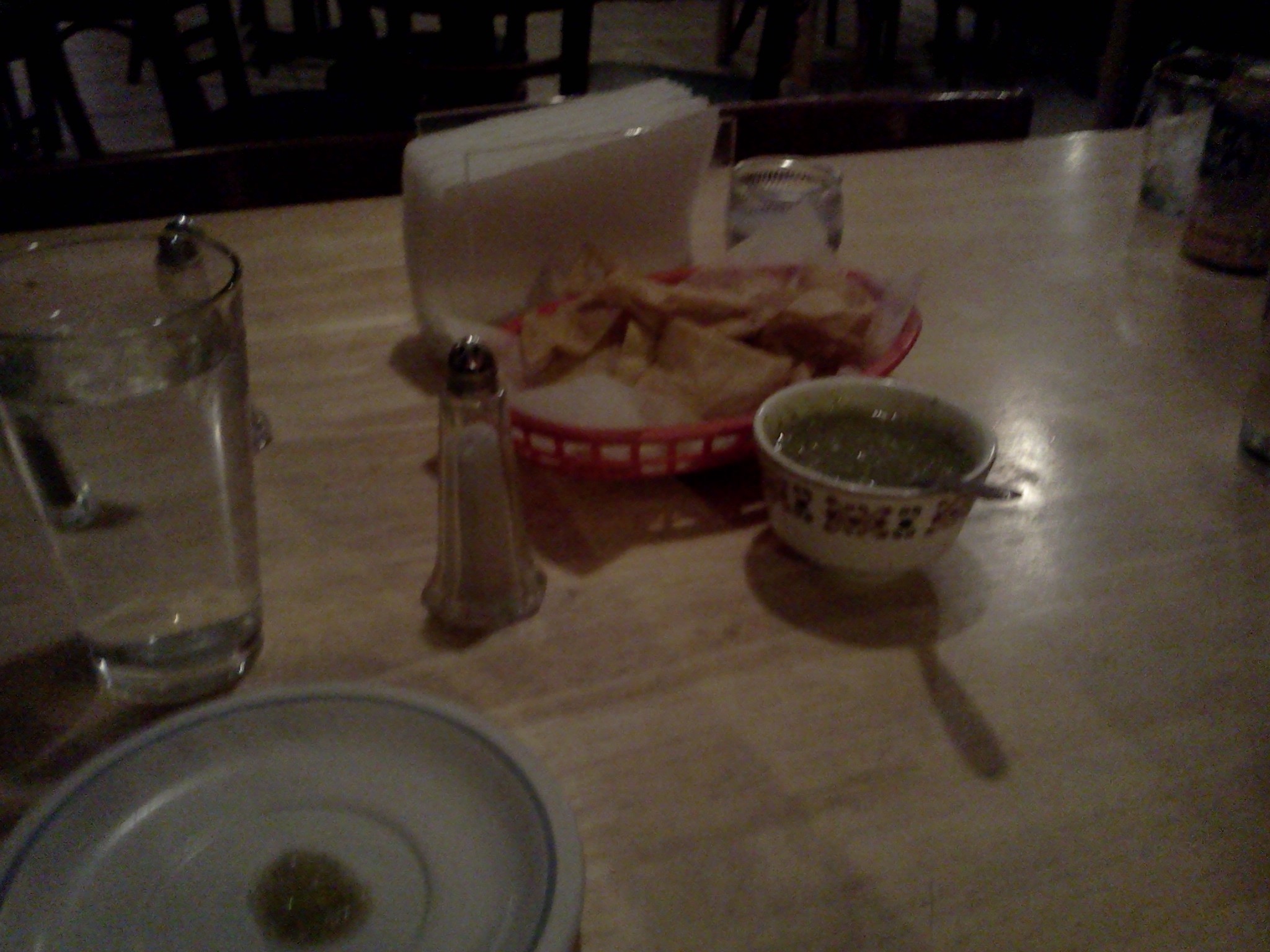 We then went on to order some empanadas, since we were in a Chilean Restaurant the traditional Chilean empanadas are oven baked. Empanadas can be made with a large variation of filling, we tried the spinach empanada, ground beef baked empanada (it has ground beef, a boiled egg, black olives and other spices) , and cheese empanada. 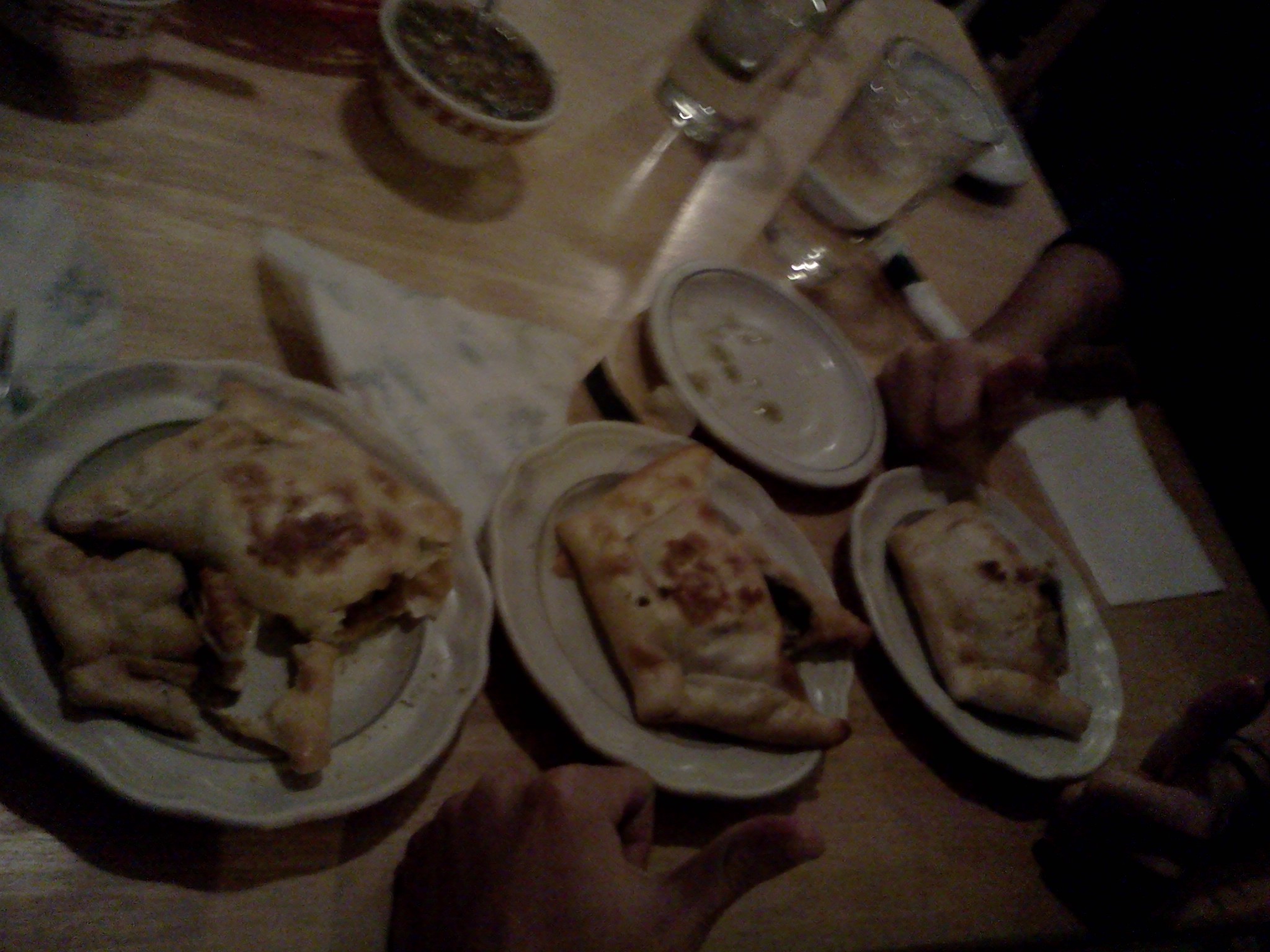 After the empanadas came our main dish. It was a Parrillada Chilena (Chilean Grilled Platter). I was surprised when the food came. It was so much meat it could have fed about 5 of us. Something that I noticed that is different about the Chilean way of eating is that they did not serve rice and beans with the salad, which is something that is customary with most Latin American main dishes. 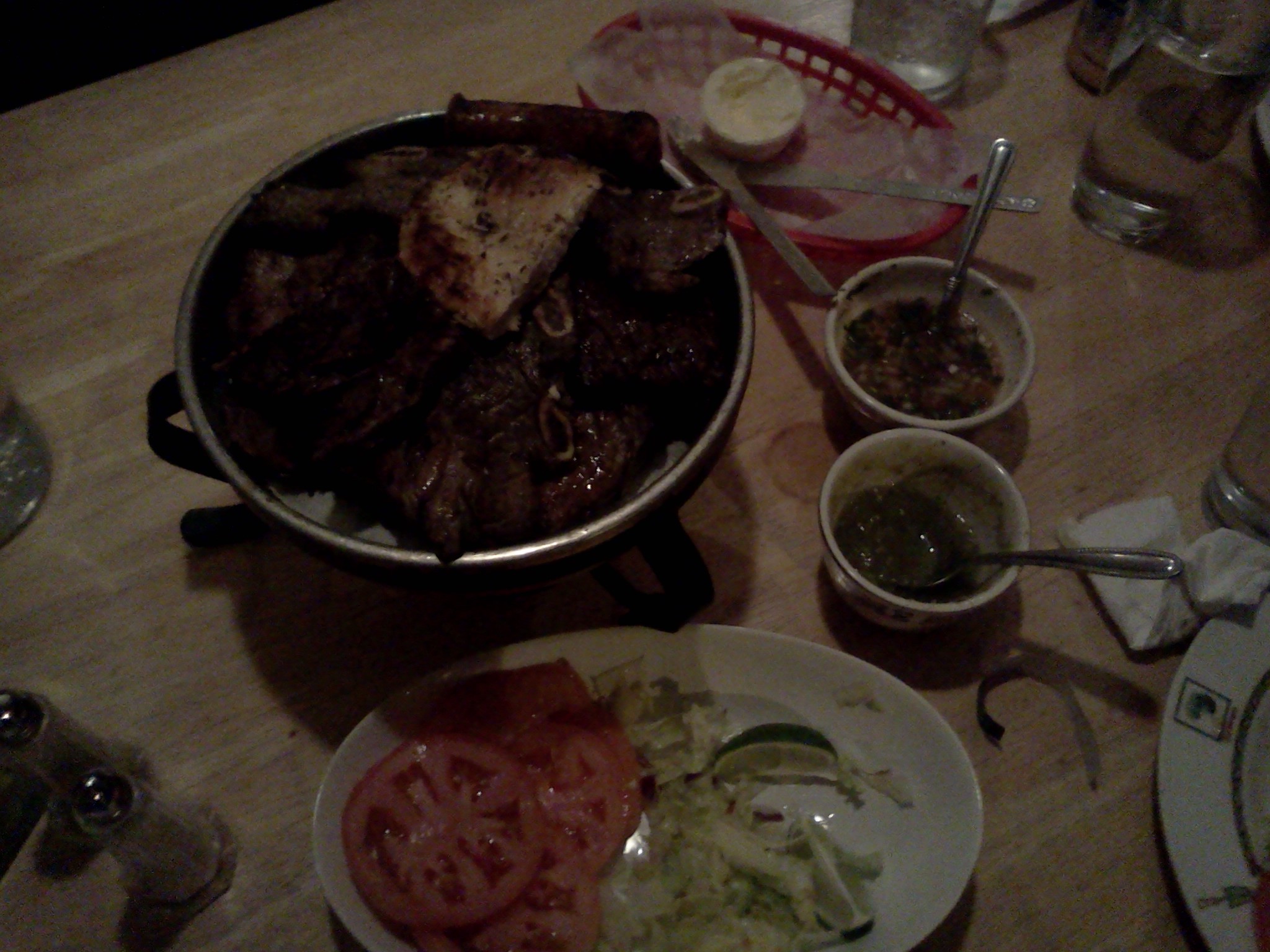 After our meat feast we decided to share a dessert, mill hojas (it’s a pastry made with a lot of really thin layers of dough and cajeta, a type of caramel made with milk). It was very tasty. 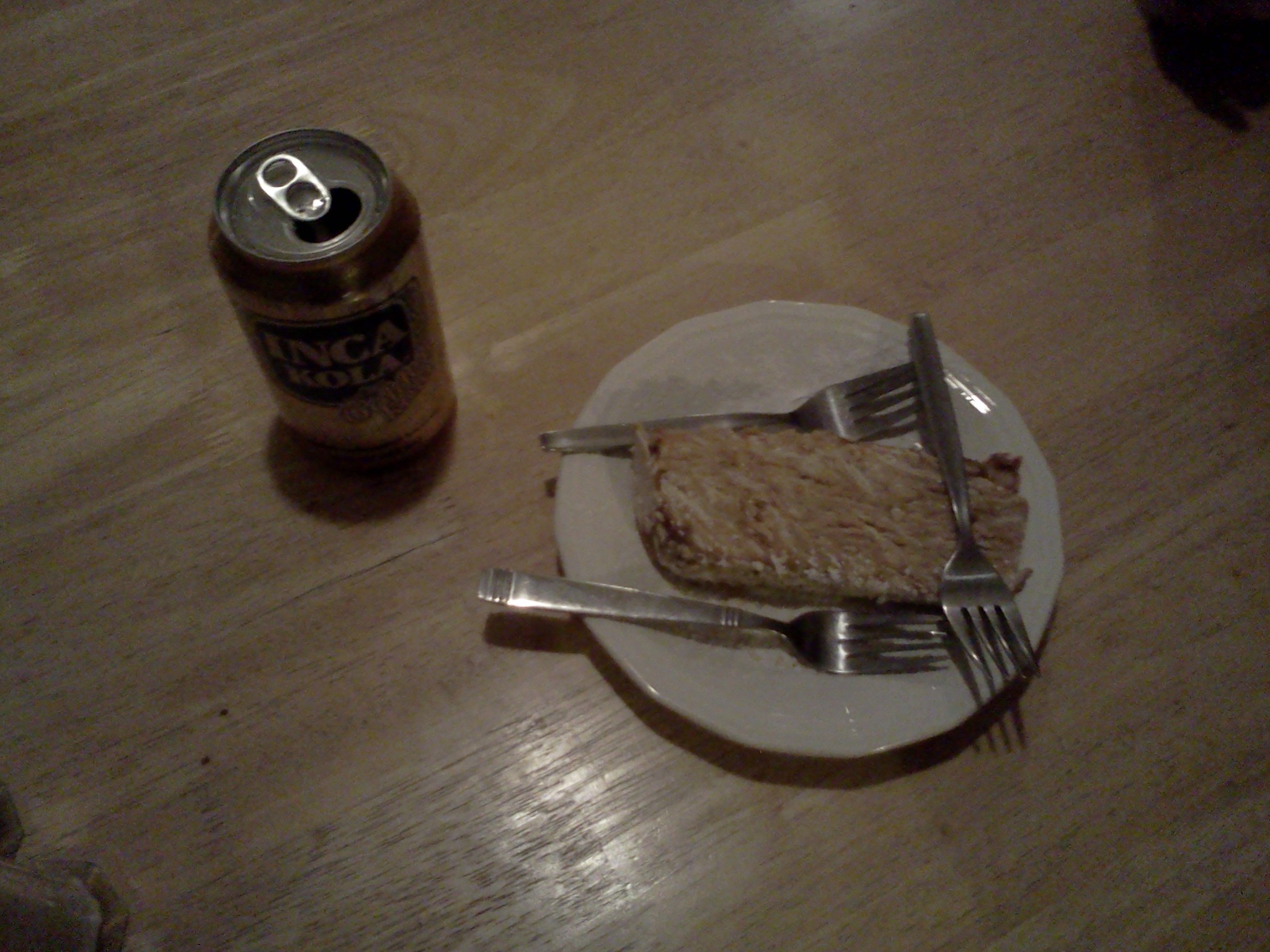 Overall it was a good first time experience at Rapa Nui, we were full and satisfied. 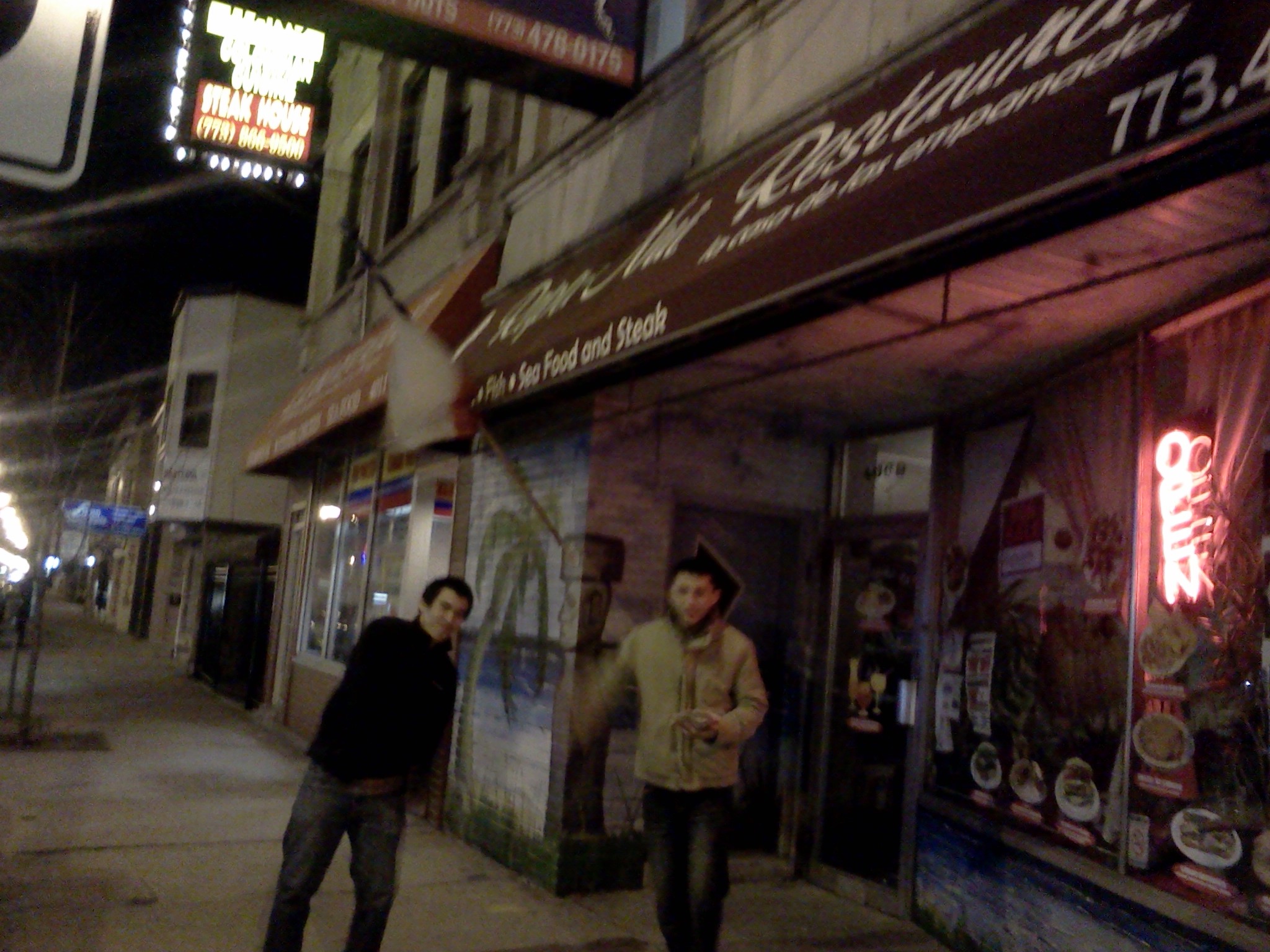 This weekend I also had a chance to volunteer with the CHANCE Program at the Pacific Garden Mission. It was a good experience but it was also a very sad one. Along with volunteering, I also had the chance to see all of my nephews. My house was full of noise and energy. The children really made a difference in our family mood. Also, since I did not have the chance to see them or my sister on my birthday, they brought me and my brother a cake. It was a nice gesture of them.

On Thursday, I attended another Basketball Game. My organization was funding through the “Wear the Letters Earn the Cash” program. The game was pretty exciting and pretty close, I was also pleasantly surprised to see President Hogan and Chancellor Allen-Meares. During half time a unicyclist made some very impressive tricks with plates while on a unicycle, she would throw the plates from her foot towards the top of her head. 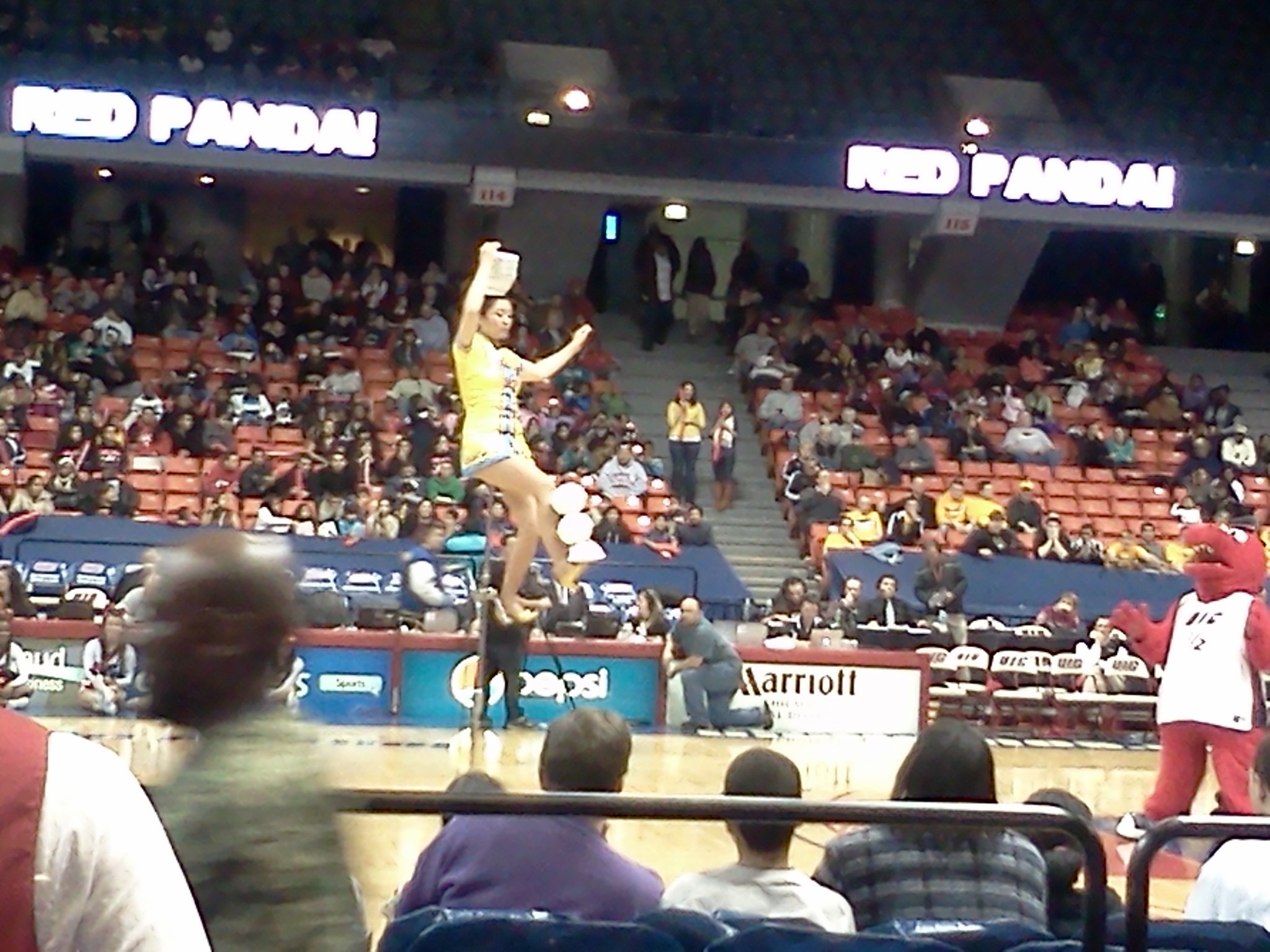 Thanks for reading this week. This weekend will be full of studying and the High School Regional Science Bowl, very exciting.