This past week was full of exciting events. The first of them was the start of the 2012 CHANCE for CHAnge STEM Camp. I was lucky enough to be named one of the group leaders for the camp. This year we had a larger group of students than any other year. I am in charge of the older group of students in total there are about thirty-eight students and eighteen of them are in my group. I am very pleased with my group; they show a lot of interest in the STEM fields. I can’t wait for the rest of the summer.

This Sunday was my Grandpa’s (Lieutenant Colonel Matich’s) JROTC Open House. In reality, he is not blood related to me but he has had a profound impact on my whole family. LTC Matich is the now retired Commandant of the General George S. Patton Academy at Farragut Career Academy. All of my siblings (two brothers and one sister) attended this high school and we all have very fond memories of Colonel Matich and the amazing things he did for every cadet (military student) in the program. 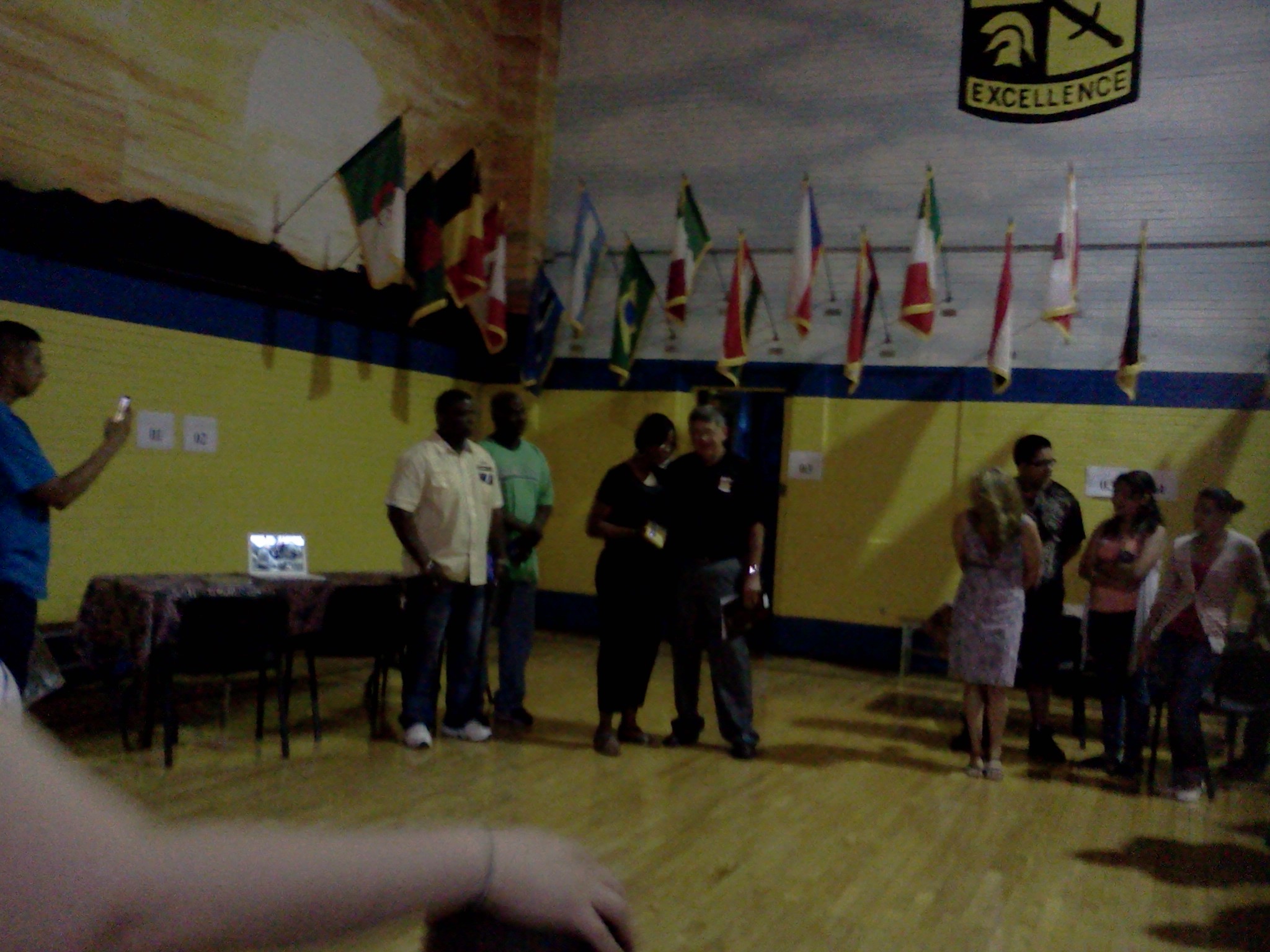 When I stepped into the academy I saw that the trophy cases are still accumulating prizes, the hallway continues to accumulate memorabilia and gifts from donors, and our Patton Hall (where we would practice drill and honor guard, recite poems, and sometimes just hide from grandpa) was even more stunning than I remember. Although not much had changed in Patton Hall, the murals were already there when I was but this time they came to life. 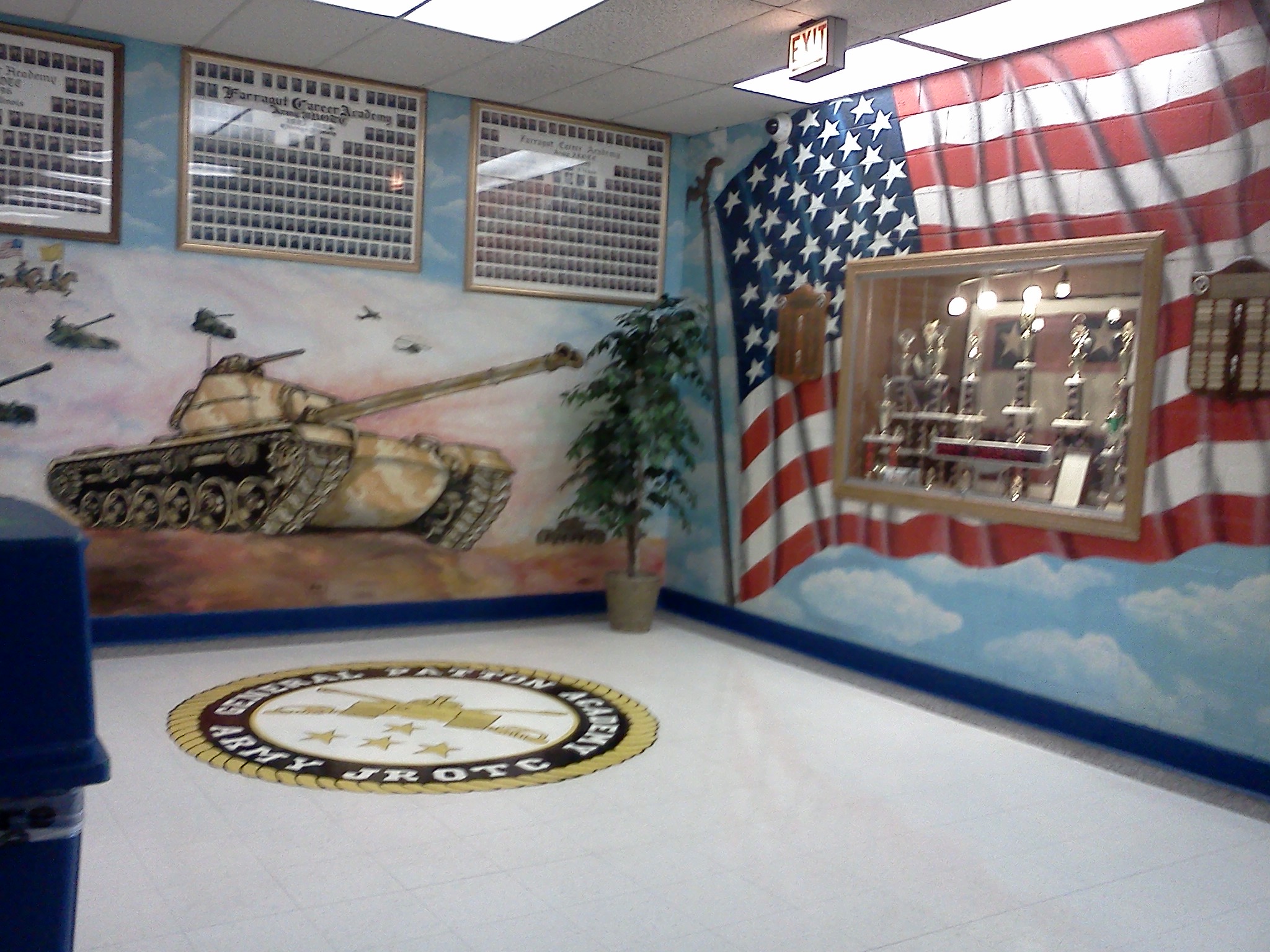 The Hallway and one of the many trophy cases 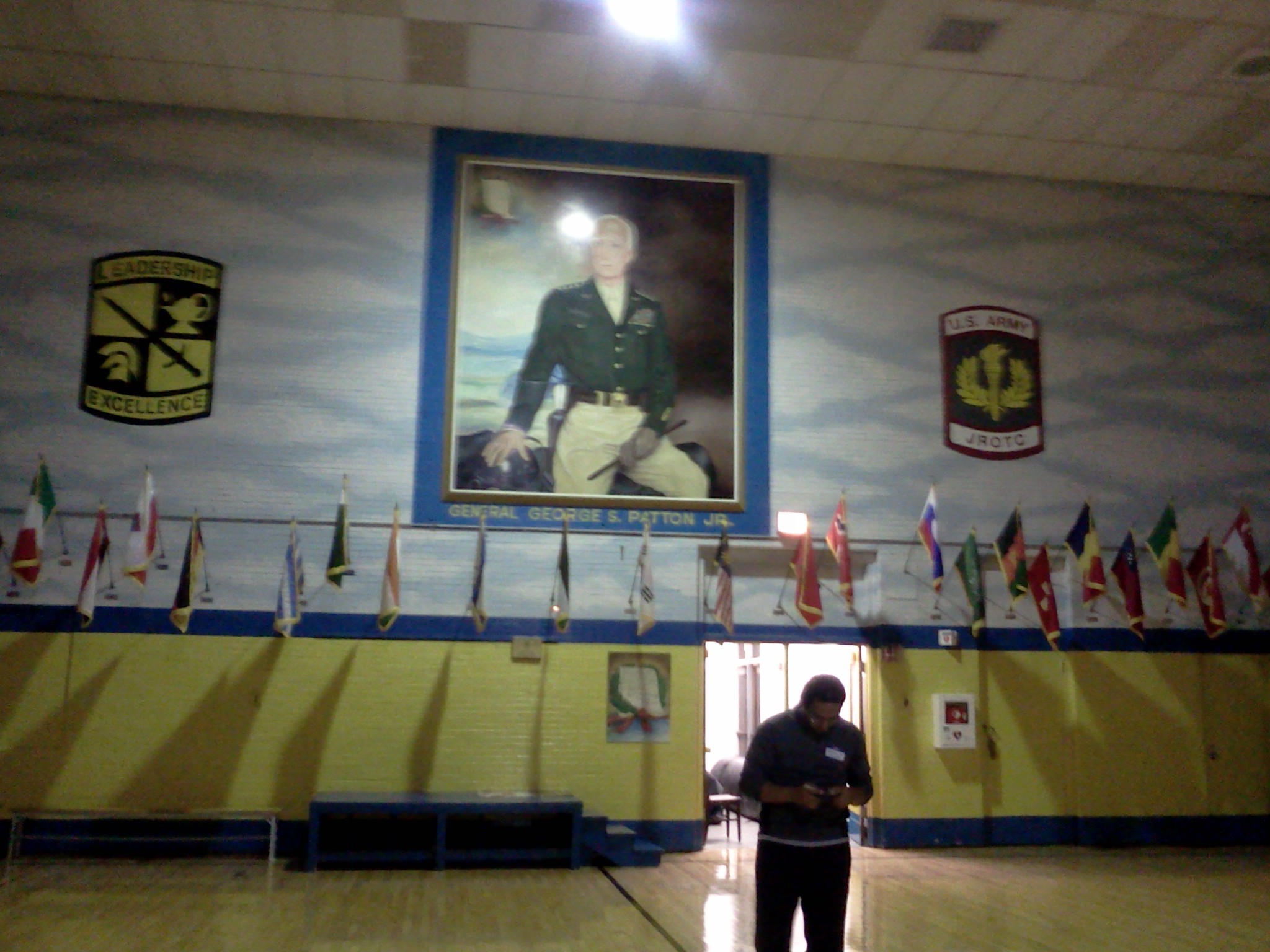 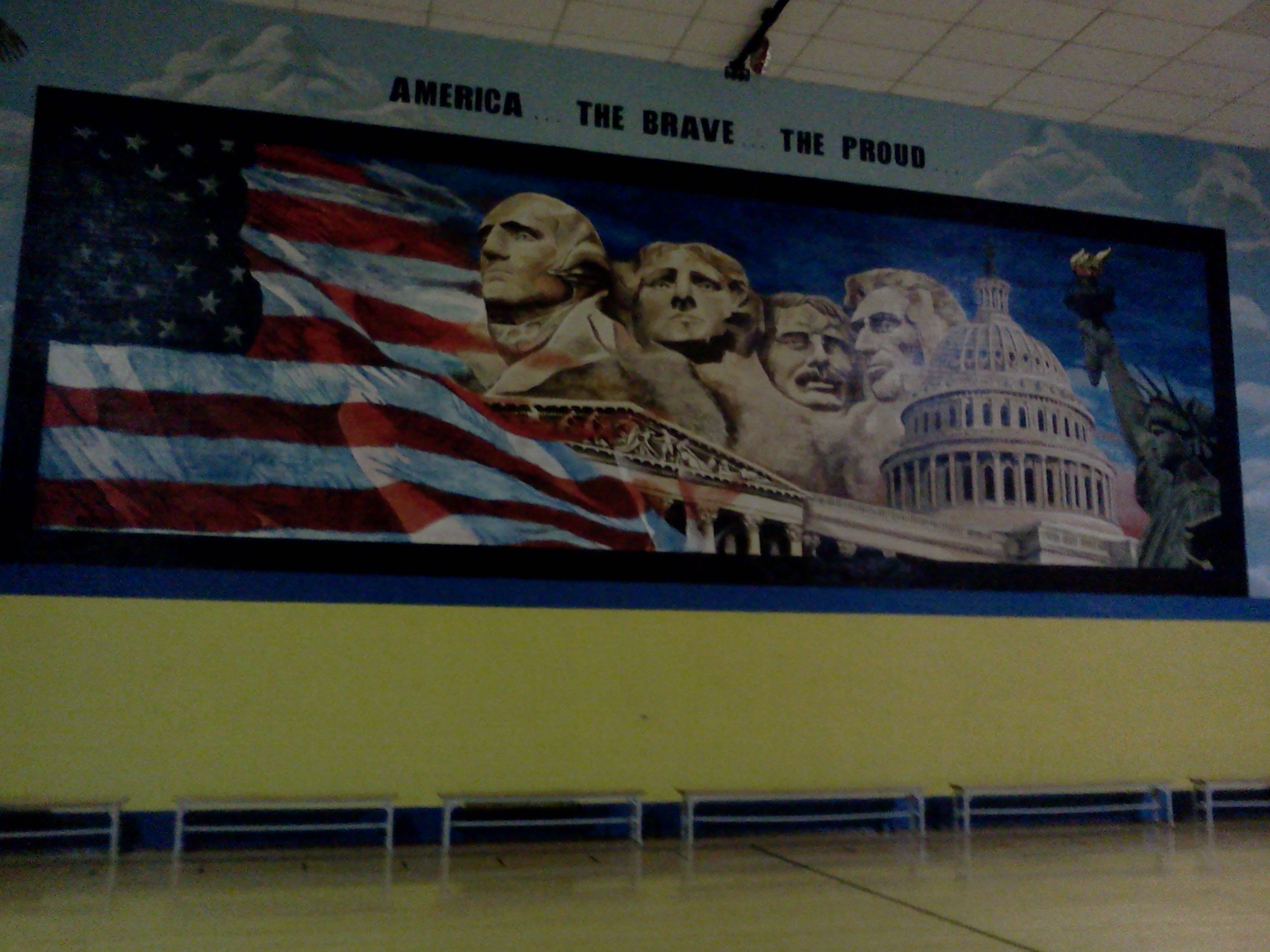 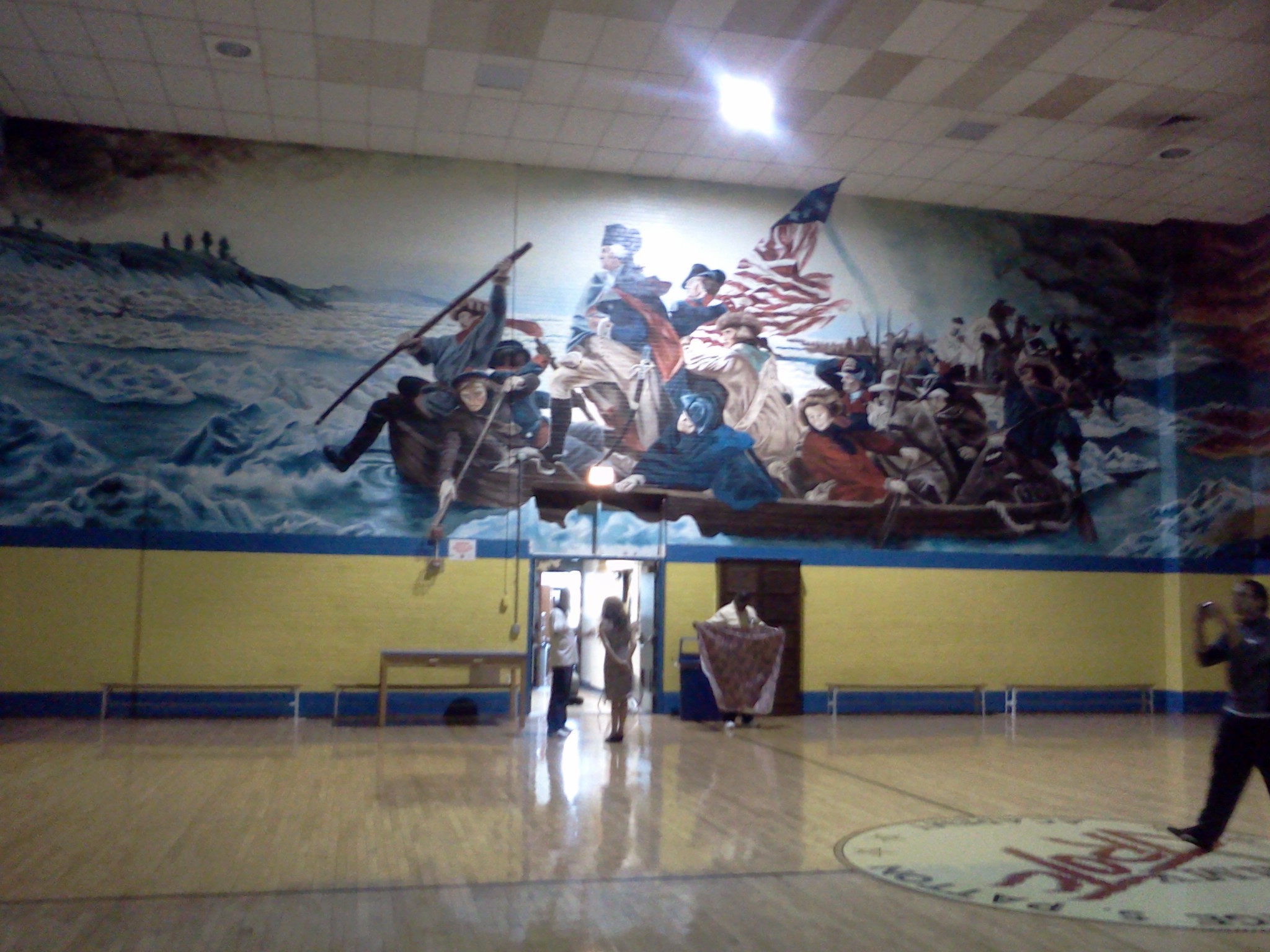 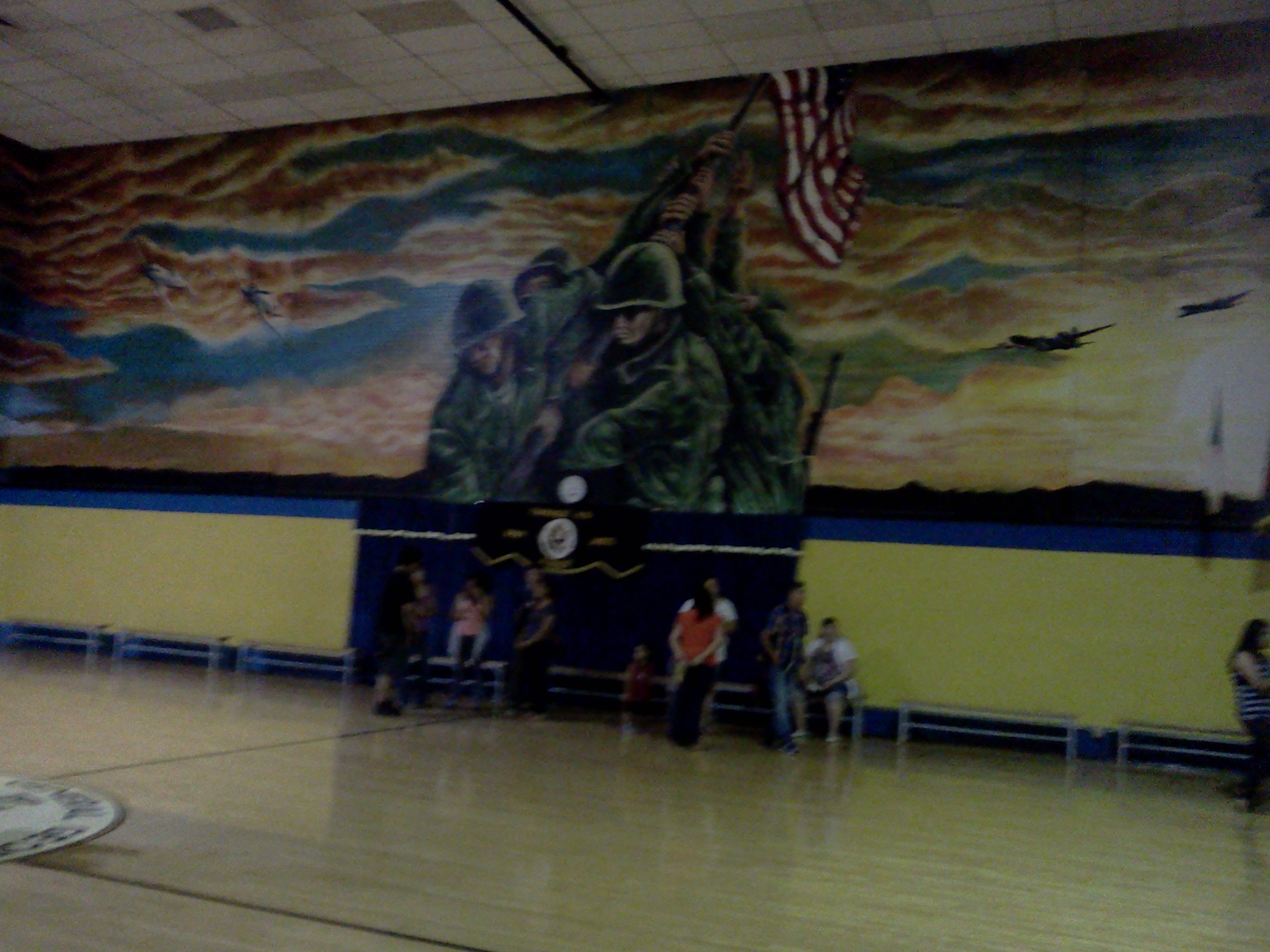 My Favorite Mural in Patton Hall

He led the academy and the school through one of the toughest time periods, where gang violence and early pregnancy were the norm. He was able instill a sense of pride, citizenship, and leadership through his playful scolding, high standards, and care. Patton Academy has seen innumerable recognition in various competitions like the Drill Team, Color Guard, Drum and Bugle, Raider’s Challenge, and Orienteering.

He is even great at planning events for the academy to grow stronger as a family. The annual picnic with different team building activities like the egg toss, potato sack race, watermelon eating competition, and the infamous upper classmen vs. lower classmen giant ball game. We also had dances and the annual military ball (somewhat like homecoming) where all the ladies would wear nice dresses and the male cadets would wear the Dress Green Uniform with a bow tie and white shirt. 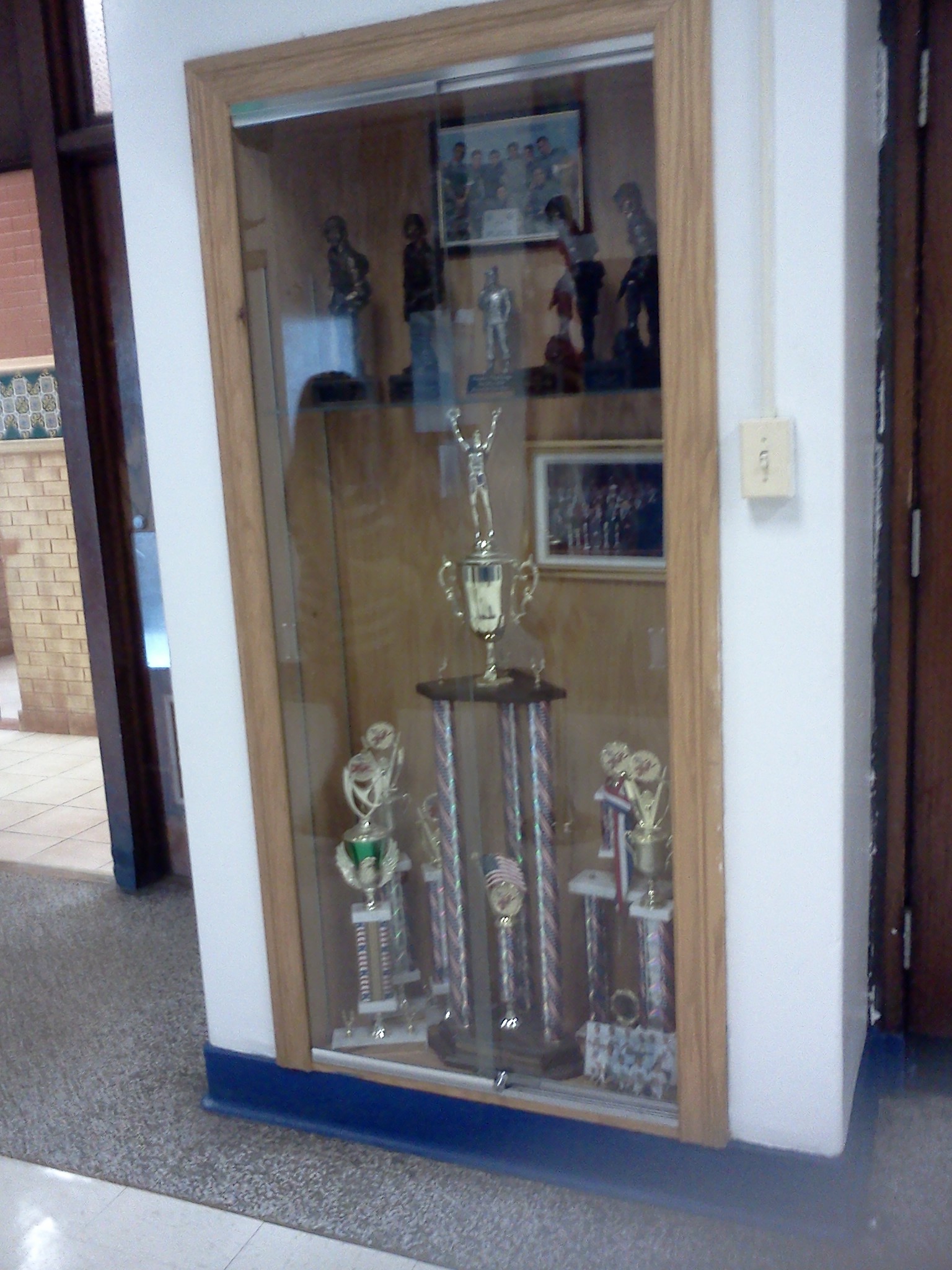 More Trophies, this is not it, there was another case I missed.

Aside from competitions and fun he also instilled the need for service in all of us. We had periodical community clean up events, we participated in the Junior Achievement Program where we taught children about different careers, and we marched in parades throughout the city and suburbs.

When I was a senior, I was part of the Staff which means that I was one of the leaders working directly under his guidance, more specifically, the Special Projects Officer. I had different specific tasks and duties as a leader and his professional guidance helped me tremendously. His attention to detail meant that anything less than perfect was unacceptable. This perfection was passed down to all of the cadets, we would have our brass gleaming and our uniforms squared away, so much that when we had visitors they always complimented our appearance.

Colonel Matich will definitely be missed but I am sure that his successor will definitely have the right guidance to continue the legacy of excellence that my Grandpa has established. After all, his entire era seems to be meticulously synchronized and documented under his high tech cameras and camcorders. He would take a lot of pictures at every event like a proud parent.  At the open house he even had laptops with pictures from every academic year. 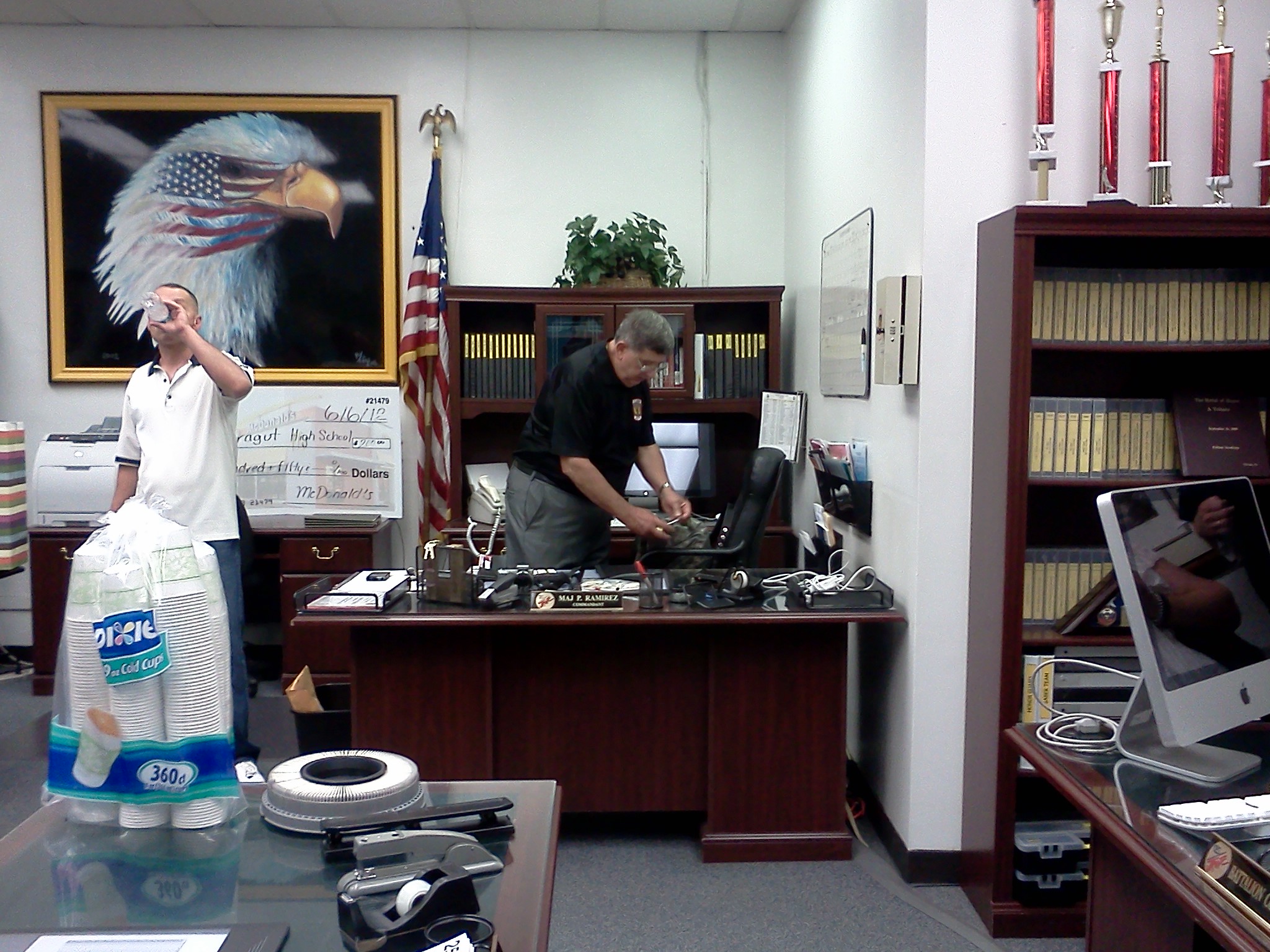 Colonel getting his things ready.

I look forward to someday also making the type of difference he makes.

P.S. Here is one of the many pictures of pictures I took from his presentation. 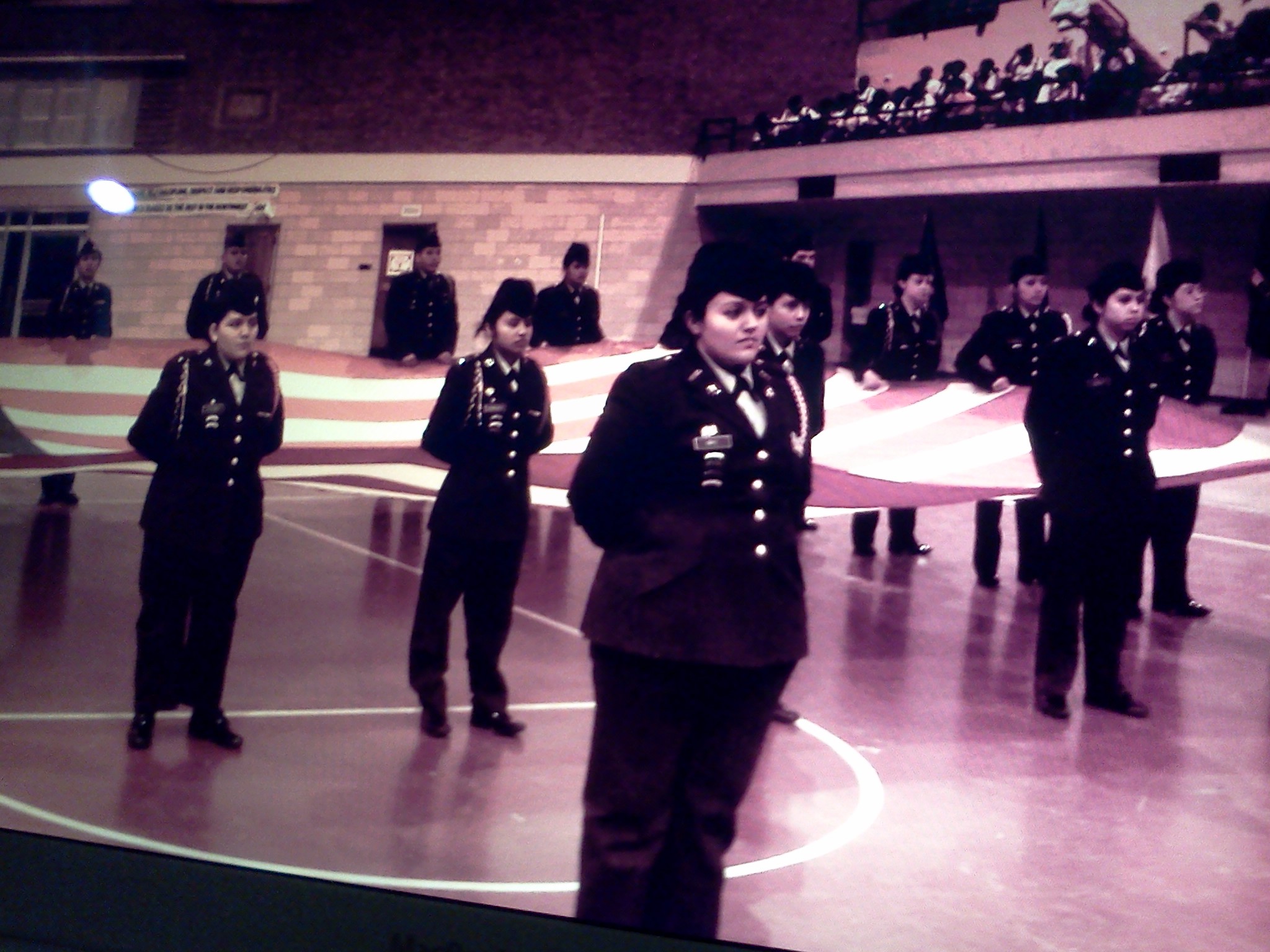 One Response to Grandpa’s Kid Too!