The dreaded question at a medical school interview is, “Why did you choose medicine as a career?” the catch being that under no circumstances whatsoever should you answer that you want to help people.

Heaven forbid those words left your lips — let’s just say as an unfortunate consequence of the adrenaline and anxiety of the moment — you’d likely find yourself spending the rest of the interview trying to crawl out from the ever-deepening hole you’d created with that initial response.

“Garbage collectors help people, don’t they?” one professor always used to retort when given the answer in the course of a discussion “Why not be a garbage collector?”.  What often followed was a messy string of qualifications, the likes of which was anything but coherent, and which did little to demonstrate any true sentiment as to why someone really had chosen to dedicate their life to such a grueling profession.

All this is not to say that a desire to “help people” isn’t a part of many physicians’ motivations to enter the field; undoubtedly it is the cornerstone upon which many have pursued their careers.  Rather, the inaptness of the answer, and the whole mind game of the “Why medicine?” question, seem to have more to do with assessing whether or not a candidate for medical school has thought through the gravity of the endeavor they’ve chosen to undertake.

From the rigorous pre-med curriculum, replete with cut-throat classmates and all night study sessions to the exhaustive nature of med school itself, with more cut-throat competition, late night studying, and long hours spent on the wards (all with behemoth exams like the MCAT and USMLE Steps 1,2, and 3 thrown in), a medical education is no walk in the park.  All this, with hundreds of thousands of dollars of student debt piling up all along the way and 3-5+ years of minimal pay thereafter too look forward to during residency – one resident described the process as seeing what you think is a light at the end of the tunnel, only to realize that the light is in fact an oncoming train.

Morose, no doubt, but the realities are harsh and demand at least a temporary suspension of levity when considering medicine as a career choice.  It’s not all helping and healing people; sometimes what we do ends up causing the patient s more pain and suffering, and sometimes you come up against bureaucracy and political obstacles that you feel deep down isn’t in the best interest of the patient, but are confined nonetheless to the mandates of the hospital and the profession.  And so, realizing that medicine is grayer than you ever thought before, you start to delve a little deeper, asking yourself, “What is it that makes me want to wake up early every morning, stay up late every night, sacrifice my weekends, give my time and energy to others such that I tax and strain other relationships in my life?” “What drives me into this profession where I am surrounded by people afflicted with ailments of all sorts, confined to the insular, “sterile” environment of a hospital, putting myself at risk by caring for the sick?”

It is these questions for which, “I want to help people” just doesn’t suffice.

For me, I found myself compelled to be an advocate for patients who otherwise may not have a strong voice of their own, and for those who have been traditionally under-served by the medical system.  I wanted to pass on the knowledge that I’ve been fortunate enough to accumulate in the hopes that from this knowledge would come empowerment and changes that would spur a better life for my patients, in terms of health and otherwise.  I aim to comfort them when they are anxious, reassure them that I am dedicated to fighting for them and with them against their disease.  I aim to ensure that they have every single right afforded to them and are aware of every option regarding their treatment.  I want to help them, yes, but in such a deeper sense than allotted by that four letter verb “help.”

And of course there are the detractors.  Though intellectually fascinating, it is mentally and physically exhausting, with some serious ups and downs.  And it is a long road.  Admittedly, at this point in the process, the pursuit of a medical career seems like mountains beyond mountains.  But to this point, every peak has been worth scaling, every fall along the way, character building, so for me it’s obvious.  Why medicine?  Because  I’d never be happy or fulfilled doing anything less all-encompassing.  I was meant to climb endless mountains 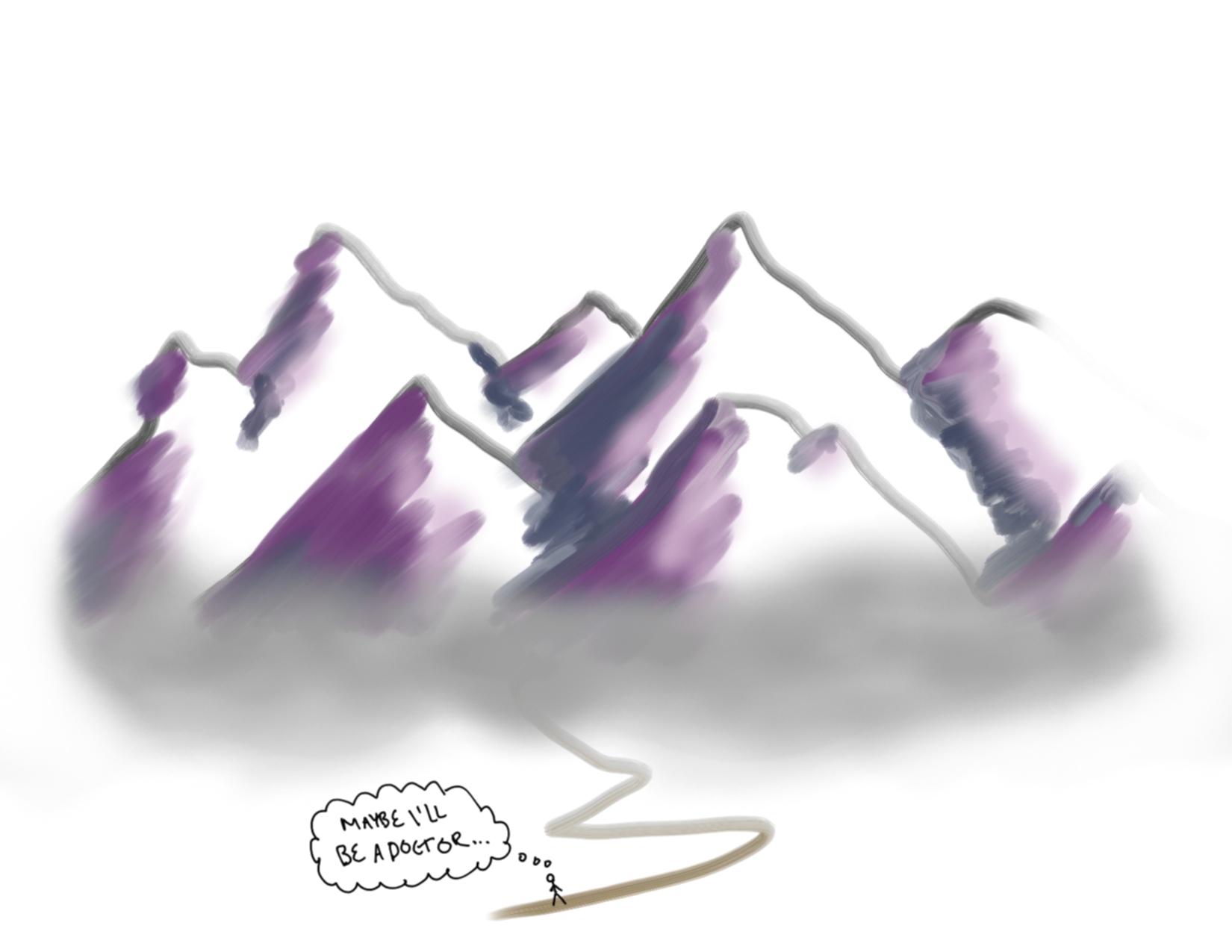 Justin is currently in his third year of medical school at UIC's College of Medicine, and is hoping to pursue a career in internal medicine. He has a strong interest in addressing the health needs urban communities and is part of the College of Medicine's Urban Medicine program. Aside from academics, Justin enjoys cooking, listening to public radio, and perusing the New York Times website. He is also a trained pianist and self-professed lover of all kinds of music.
View all posts by Justin Fiala, MD Candidate →

2 Responses to “Why Medicine?”