As far as I can tell, South America is the continent of dogs. I noticed the dogginess of Peru immediately when I arrived in the country. 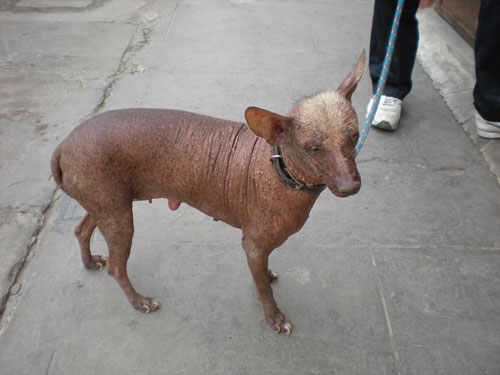 People love their dogs down there! In Peru, most of the domestic dogs have outfits. My sister, while living there for six months, noticed this fact. See pictures below, which she took at a Peruvian dog show. 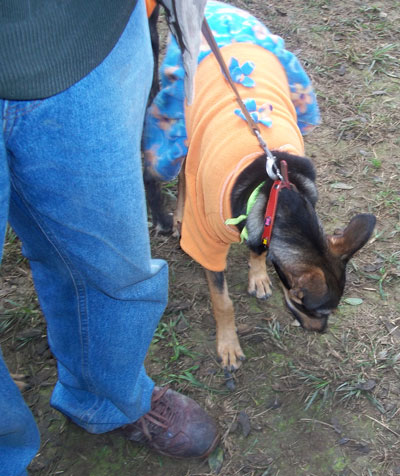 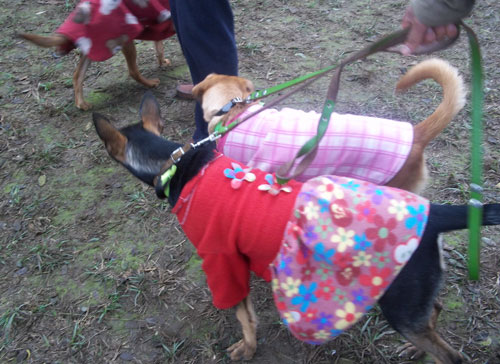 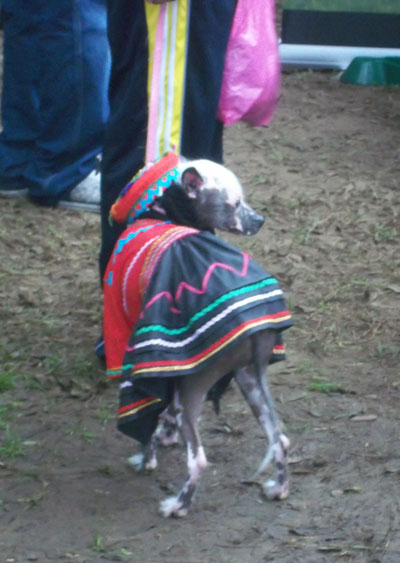 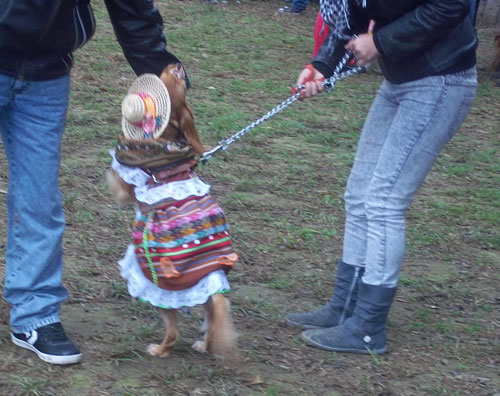 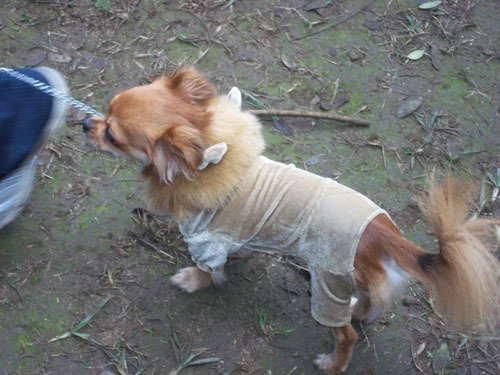 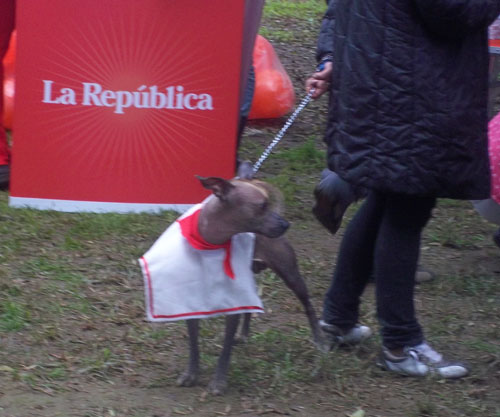 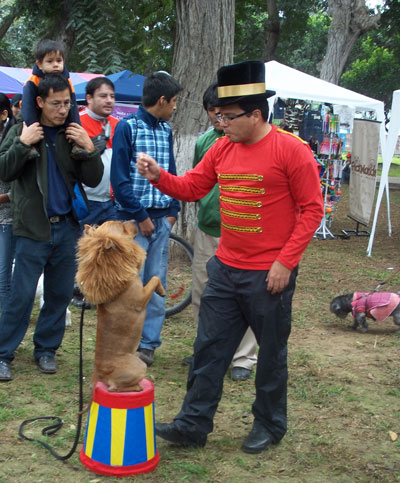 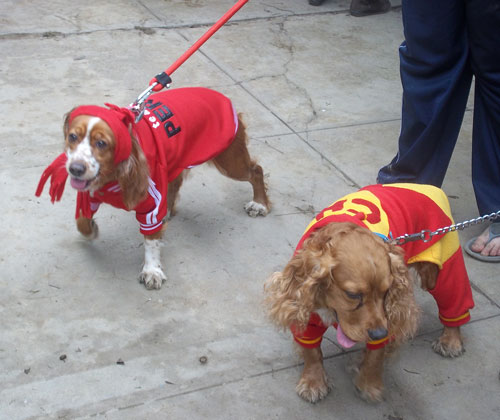 Dogs seem to be pretty happy in South America- 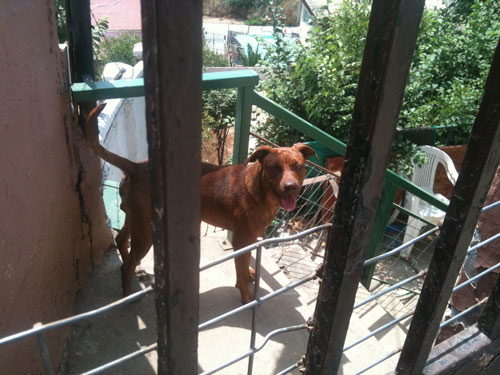 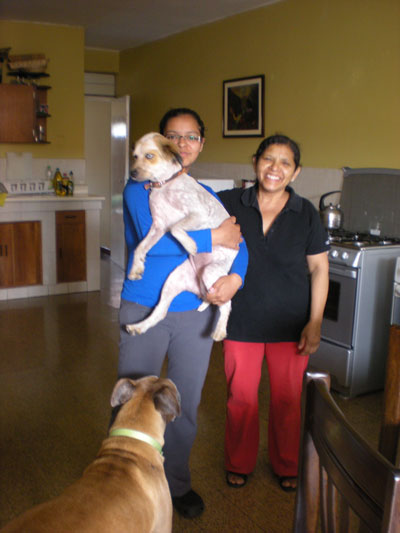 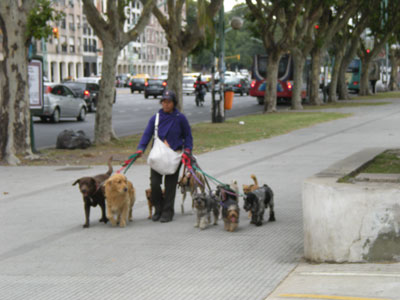 But I have never seen so many stray dogs as I did in Peru and Chile. These strays roam the streets in gangs or on their own, just trying to make a living. 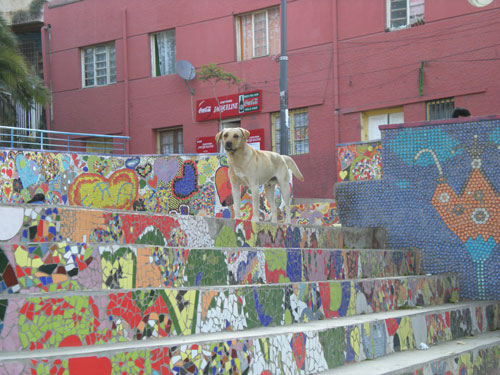 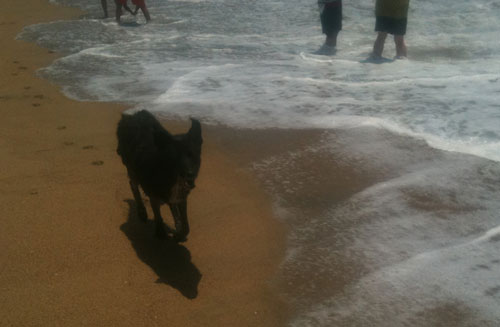 stray dog playing in the waves

During the day a lot of them are sleeping, crumpled up in a pile of fur, ignoring the flies around them. It is often sad to see them, and in certain cities like Santiago, Chile, the people of the city feed the dogs and take care of them. In other cities, like in Valparaiso, the dogs are more or less left to fend for themselves. I talked to one tourist who was followed by two dogs, which then became three dogs, then four, then five! Finally someone yelled out from a high window to the dogs, telling them to leave him alone. He was thankful!

When roaming around the cities of South America, it was fun to find all the dogs- like in a real-life Where’s Waldo. 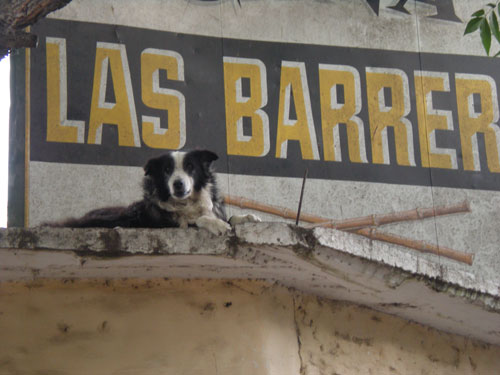 dog on a roof! 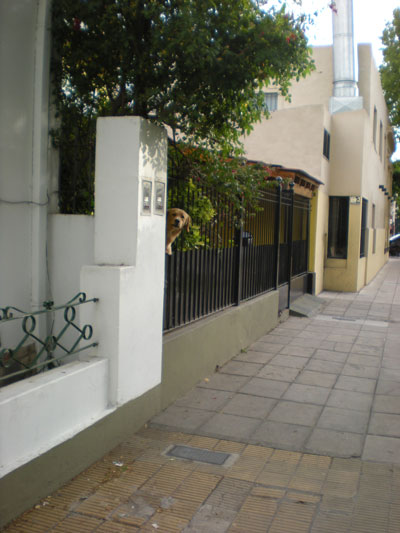 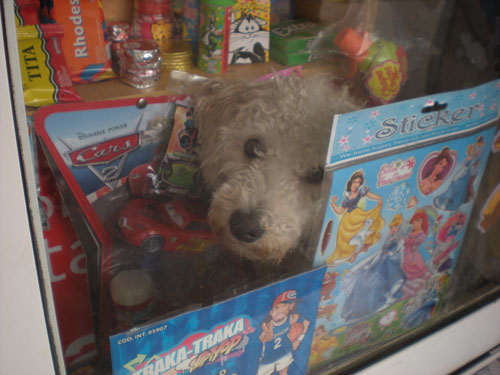 Doggie in the window! 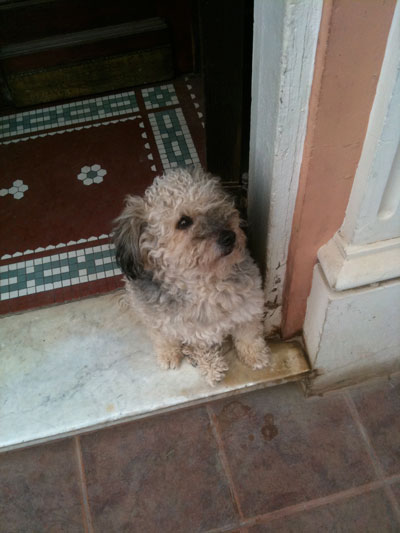