I’m 28 years old, and I just held a bake sale at school. (not just me, but I say that for dramatic effect)  It was a fundraiser for the student association of medical artists. SAMA, if you want to know. We were out of money, so why not a bake sale? 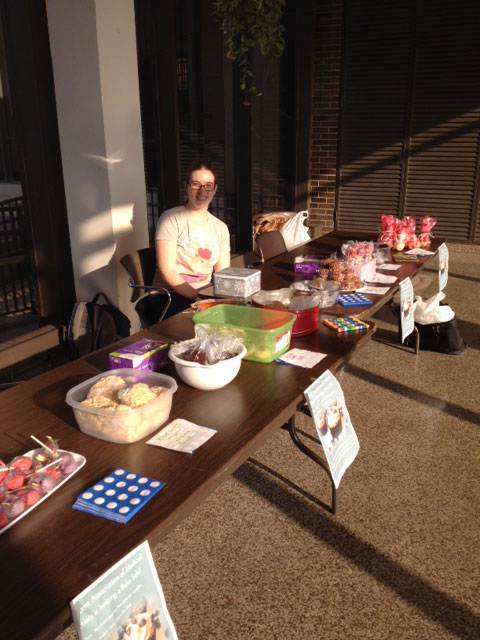 No, friend, they are not. Bake sales are for everyone. Anyone who’s everyone. All ages. Your grandma.  Your grandpa. You’re sons and daughters. You. Because who doesn’t like chocolate, sugar and carbohydrates in the morning?

Actually a lot of people, I found. Students who have places to be and a large coffee in their hand because they’re on 3 hours of sleep don’t always like the idea of stopping for a banana muffin. A lot of people are also on diets, I found, or gave up baked goods for Lent.  Note to self: don’t hold a bake sale during Lent. It drops sales by at least 20% (this is an estimate and would be an interesting study).

Some bake sale observations and helpful things I learned:

1) People who just went to dunkin donuts down the hallway don’t necessarily want homemade cookies. But I bet they regret their decision.

(only because why would anyone gossip about a bake sale? There’s nothing to say.)

gets people’s attention but does not necessarily make them hungry. 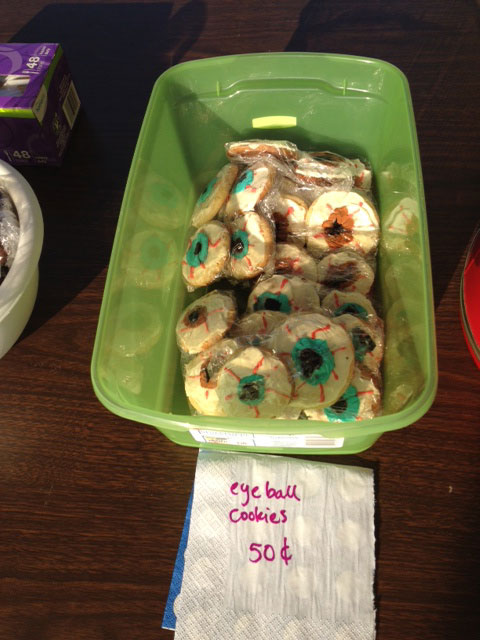 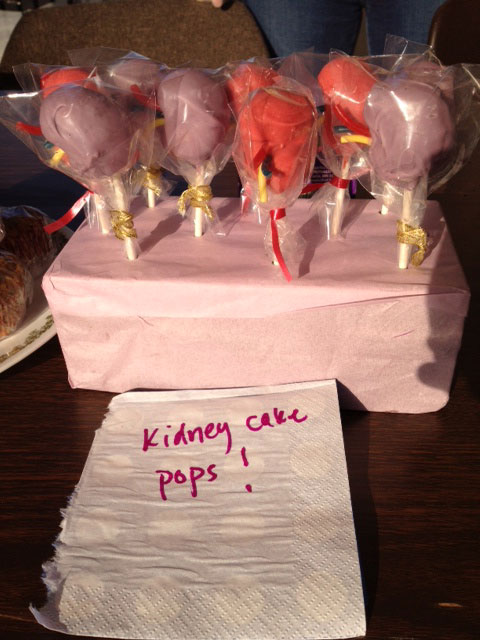 4) The most receptive and most interested people are the employees of UIC, not the students. Not sure why, but our first five customers were employees or professors.

5) There is a fine line between making money on a bake sale, and falling into further deficit.

6) When it’s 75 degrees out in mid March in Chicago, people want to be biking, talking and loitering outside. They do not hang out inside next to bake sales. No amount of sugar can replace sunshine after a long, (not so terribly cold) winter.

But overall, it was a great experience. We did get some sales. Someone even solicited us! About a third of the people wanted to know who we were, which was nice because they were actually interested in the cause.  Talking to random people on campus is super fun, and a great sales experience. I would suggest (if you’d like to host a bake sale on campus) try to get the afternoon shift, don’t hold it during Lent or right before spring break, and don’t do it when it’s over 50 degrees outside. And don’t yell out the word “kidney” when you’re trying to sell cookies. That way, you might just make a profit!

One Response to Bake Sale Bloopers