From Leeches to Lidocaine

I’m taking a class called Surgical Illustration, where I get to go into the operating room with a sketch pad to observe and record various surgeries. As a fly on the wall, I’ve come to see how advanced surgery has become. Most surgeries are now “endoscopic,” which means the surgeons don’t even have to cut open the person to move things around, cut or suture.  They make a small incision to insert a video camera, or scope that has its own source of light, and another small incision to insert special tools that are easily manipulated from outside the patient.  Some surgeries are completely robotic.  For most modern day surgeries, the patient feels nothing, and has a quicker recovery than ever before. What’s next?

Ancient surgery consisted of treating wounds and a thing called trepanation- the act of boring holes into the patient’s head, a procedure believed to release pressure and “evils” of a sickness. (although some believe ancient physicians were more deliberate and knew the science behind the surgical act.)  Can you imagine if modern day lawyers had been around during that time?  There would probably be lawsuits up the wazooo.

The foundation of modern surgery was, in fact, the barber.  With manual dexterity from cutting and trimming and shaving heads, the barber had the skills and tools to conduct basic surgeries like teeth-pulling or bloodletting. 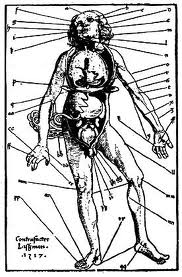 In fact, the red and white striped pole originates from the two roles of the barber- red for surgery and white for barbery.

A breakthrough in surgery came with the first human dissections, which took a while to be accepted because of beliefs and religion. It also was a difficult task back in the day due to lack of refrigeration or sterilizing techniques.  A guy named Galen was a chief physician in Roman history during the second century AD and was named the “father of anatomy.” 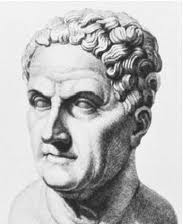 He actually only dissected monkeys and pigs, but discovered a lot about medicine from these dissections, and was one of the first supporters of the theory that the brain controls the muscles of the body.

Much much later, Da Vinci became the father of accurate human anatomy, because he actually dissected human cadavers. 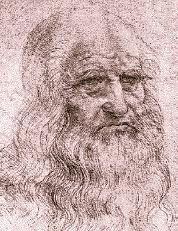 He did this controversial work in his own home, creating magnificent illustrations of anatomy that he never published during his lifetime. Andreas Vesalius, a Flemish anatomist and physician living around the same time as Da Vinci, stole bodies from graves to study them, and produced a book called “De humani corporis fabrica,” which corrected a lot of the errors of Galen. 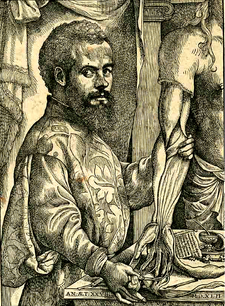 Further breakthroughs in surgical history include the invention of the clamp and ligamenture by Amboise Pare in the 1500′s, which replaced the age-old techniques of pouring boiling oil onto a wound to stop the bleeding. Another one was the practice of hypnotism and use of alcohol for pain relief, and use of ethers and chloroform as anesthetics, adopted in the early 1800′s. Before then there was no such thing as an anesthetic!

Handwashing has its own history.  Ignaz Semmelweis lived in the mid 1880′s and developed the theory that a doctor’s hands were the cause of the spread of disease during surgery. He was ridiculed, and died of septicemia. (bacterial infection.)

Louis Pasteur later on discovered that bacteria caused decay, and finally a guy named Joseph Lister, born in 1827 in England, started using carbolic acid to clean his instruments before surgery, thus greatly reducing the number of deaths after a surgery.

I’m happy to say that I don’t remember the pulling of my wisdom teeth when I was 16. I remember waking up, drowsy from the anesthetic, awaiting my pain medication. 100′s of years ago I could have easily died from this surgery.  Thank goodness for these breakthroughs!