Circumcision complete! Wait… I mean, I drew it. We had a critique today for the two projects due for my surgical orientation class. They were both drawings, one of which had to depict 3 medical instruments and another a procedure of our choice, and I chose circumcision.

The first comment was from the only guy in our class, who said “ouch.” Later, someone presented an illustration of a masectomy, which I felt like was payback for me showing a circumcision.

The tool being used is this crazy thing called a GOMCO clamp, which is tough to draw, but only half of it is shown in the step above. 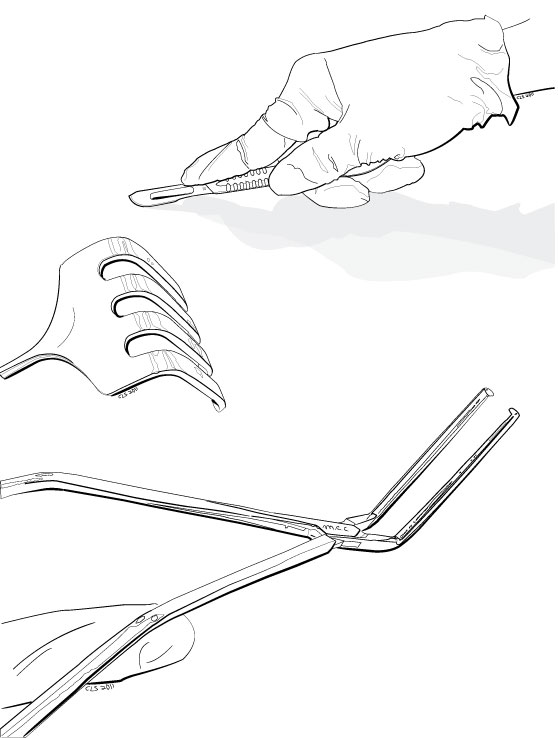 The first one is a scalpel, posed for by my helpful roommate. The second is a retractor, used to pull back someone’s anatomy during a surgery. And third is a very long set of weird forceps, which I had to crop to be able to get a nice view of the box joint.

I hope I didn’t scare anybody off!